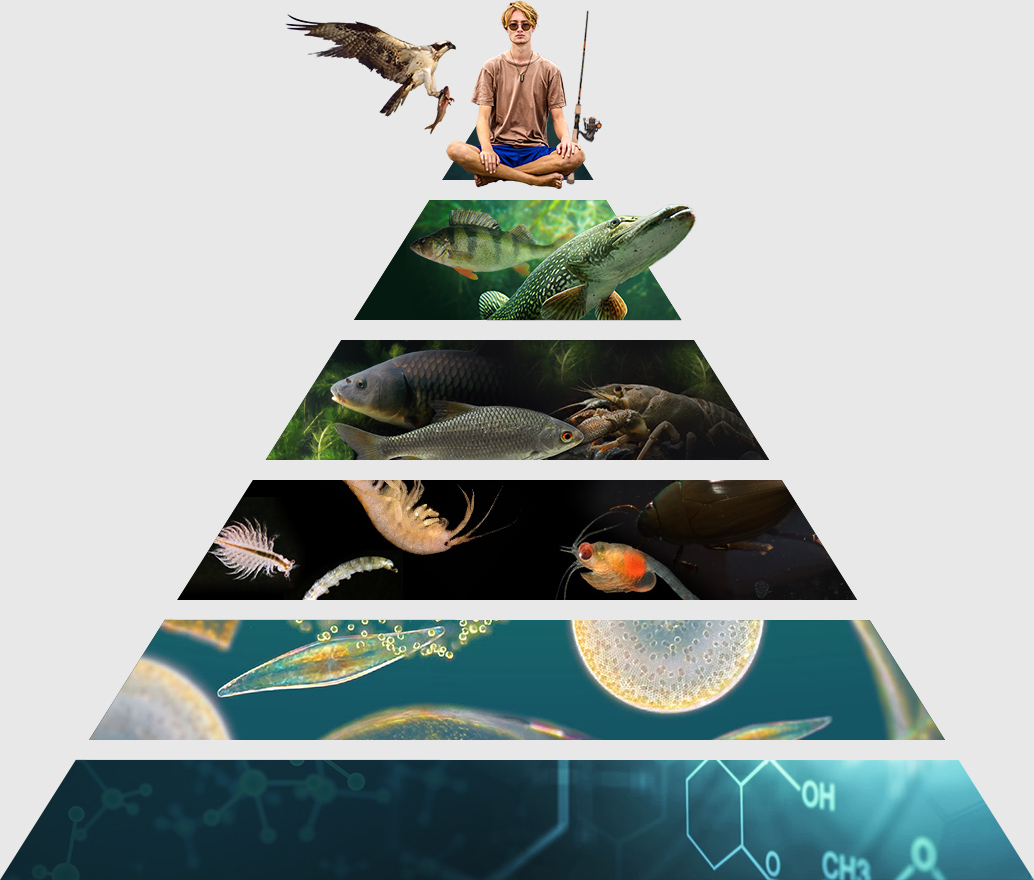 Phytoplankton or microscopic algae play an important role in freshwater ecosystems. These algae are the primary producers – organisms that convert inorganic substances into organic ones. Thus, phytoplankton forms the first stage of the food chain. It is consumed mainly by zooplankton (microscopic crustaceans).

Zoobenthos, an invertebrate animal inhabiting the lake bed, is an important element of aquatic ecosystems. These animals are characterised by a variety of feeding objects (zooplankton, phytoplankton, other invertebrates, etc.) and feeding mechanisms (filtering agents, predators, etc.), which indicate that they have a direct effect on the functioning of the water food chain. In addition, it is known that benthos is one of the most important feeding facilities for fish in Latvian and European lakes.

Fish that do not feed on other fish, but consume other organisms, such as zooplankton, zoobenthos, plants. Such fish are, for example, tench, roach, bream, silver bream.

Fish, who at their adult stage mostly on other fish. Such fish are, for example, perch, zander, pike.

Fishermen leave an impact on the lake’s food chain by catching fish.